– Eurofoam and Beyond.pl have been cooperating for more than 2 years. Our partner fully delivers on the promises, ensuring the highest level of security for our system needs. We also appreciate the team’s proactive approach and extremely high level of service, which the previous operator was unable to provide. We see Beyond.pl is our partner, rather than our supplier. I am delighted that a Polish data center provider can meet the expectations of an international organization in terms of critical infrastructure maintenance. – Kamil Lewandowski, Group CIO Eurofoam GmbH.

Eurofoam Group is one of the largest global players in the polymer industry. Operating globally, it specializes in polyurethane foam production. The company currently has 36 production and processing facilities in 11 countries in Europe. Eurofoam operates in a sector that requires orders to be completed in conformity with the world’s highest standards in terms of production quality and stringent just-in-time delivery conditions. Eurofoam’s customers include the biggest vehicle manufacturers (BMW, Mercedes) and key representatives of the automotive industry.

For many years, Eurofoam has been outsourcing colocation of its IT infrastructure. This model has been selected mainly due to the fact that it ensures greater security at lower costs when compared to in-house/ on-premises colocation options. A turning point for Eurofoam occurred in 2012, when the company decided to implement the SAP ERP system and centralize the colocation of its infrastructure. Eurofoam then engaged the services of an external data center provider from Vienna where Eurofoam collocated its infrastructure used for SAP  and its support applications, such as BI, Data Warehouse, or Business Process Management System. However in 2018, due to an unsatisfactory level of service quality and problems arising with maintaining business continuity in line to Eurofoam’s requirements, the company decided to search for an alternative data center provider.

Due to the type of its business activity and the stringent requirements on production and logistics in the automotive sector, it was critical for Eurofoam to ensure a high service level from its new data center provider to maintain business continuity and stable system performance. In addition, other important decision criteria related to the physical security of the selected site, the project’s TCO (the total cost of ownership of the service during the contract period), and the provider’s proactive approach to the realization of complementary managed services increasing the quality of the after-sales service support.

– In a manufacturing entity that supplies products to such brands as BMW or Mercedes, every interruption, even a short one, generates exposure to major costs. If we are unable to ensure the delivery of products on schedule, we may pay contractual fines. That is why we had to be certain that the data center services provided by our new partner would ensure the availability and stability of our integrated SAP production and logistics support systems. – Kamil Lewandowski, Group CIO Eurofoam GMBH.

The main goal of Eurofoam was to ensure the stability of the integrated SAP ERP ECC 6.0 system, which is of critical importance to Eurofoam as a manufacturing company. Even a short interruption in the system’s availability may bring production and logistics to a halt. For a company in the automotive industry company, such as Eurofoam, an hour of downtime of an ERP-class system means millions in losses as well as penalties for delivery delays. Eurofoam’s future data center services supplier had to meet the highest service level guarantees for uptime, with minimized exposure to any downtime.

Due to the location of Eurofoam’s IT competence center in Poland, Eurofoam restricted the choice of its future partner to data center operators on the local market. During the supplier selection process, the company analyzed approximately 40 elements relating to the quality of services offered by the operator, data center security, and guarantees

– We persuaded the Board of Eurofoam to migrate the SAP environment from Vienna to Poland, but first we had to demonstrate that it was a well-considered choice and guarantee that the data center operator would ensure a superior level of security and business continuity. With this in mind, we exercised extreme diligence throughout the partner selection process. – Kamil Lewandowski, Group CIO Eurofoam GMBH.

The supplier evaluation was based on multiple criteria and was highly demanding. During the selection process, it turned out that the only supplier that met Eurofoam’s international corporate requirements was Beyond.pl with its Data Center 2 site in Poznan, Poland.

Data Center 2 conforms to the highest standards in terms of physical security, guaranteed performance, and service. It is the only site in the European Union that has been awarded the Rated 4 certification according to ANSI/TIA-942. The ANSI standards for data centers are the most comprehensive in the world and require the positive conclusion of an independent audit to obtain the formal certification. ANSI/TIA-942 certification includes elements such as power supply and cooling as well as all aspects related to a site’s location, fire security, physical security, and communications. The Rated 4 certification is the highest level achievable and requires a regular recertification audit, which Beyond.pl successfully completed in February 2020. A Rated 4 site offers 99.995% uptime, which means that downtime is limited to just 26 minutes per year. For comparison, Tier III standards allow for as much as 1 hour 34 minutes of downtime per year. The superior level of quality of Beyond.pl’s infrastructure was recognized by Eurofoam in the selection process.

Most importantly, Beyond.pl was the only operator to offer a contract binding guarantee of a satisfactory uptime. Eurofoam was formally ensured with a specific response time for reporting and resolving issues.

An additional advantage to Eurofoam was that the Data Center 2 facility is located near the western border of Poland making it optimally connected in terms of network access and neutrality for maintaining Eurofoam’s IT infrastructure in six countries: Austria, Germany, the Czech Republic, Poland, Romania, and Hungary, ensuring a low latency to each of these countries.

– Before making our final decision, we visited Data Center 2 in Poznan. We were very much impressed by the site’s standards. Up until that time we had not realized that such a world-class facility operated out of Poland. It turns out that the data center in Poznan offers a higher level of security than those of other providers selected by Eurofoam’s sister companies in Europe. After migrating our infrastructure to Beyond.pl, we also noticed a higher quality of after-sales service compared with our previous supplier. Thanks to our cooperation with Beyond.pl, our direct involvement in hardware maintenance is minimal. Everything works as it should. – Kamil Lewandowski, Group CIO Eurofoam GMBH.

A major strength of Beyond.pl is its comprehensive service offering, which includes IaaS and a full cloud package with all available models (public, private, global as well as hybrid), as well as SAP migration support.

Due to its high-quality corporate standards, Eurofoam has a well-developed model for maintaining its SAP system. These models were to be implemented with the new operator. The SAP test and production systems were supported using dedicated Infrastructure as a Service (IaaS) and a Disaster Recovery Center for SAP environments based on VMware private cloud technology.

– We implemented an entire range of solutions, going far beyond migrating large amounts of data within the SAP environment as quickly as possible. We analyzed the causes of the low performance of the systems, and we adjusted our operations to the external partner who supported Eurofoam’s systems at the time, and who was being simultaneously replaced. – Paulina Durczak, Business Development Manager Beyond.pl.

The migration from the data center in Vienna to Data Center 2 in Poznan took only four months to complete, from 1 July to 31 October  2018. The migration was completed in direct cooperation with a local partner who was responsible to support the maintenance and administration of the SAP systems.

Eurofoam required end-to-end security for its infrastructure. The company also wanted to have guaranteed solutions in case of failures, with the option of quick recovery of access to its production systems. Beyond.pl was tasked with creating a Business Continuity plan as a Disaster Recovery Center (DRC) service.

For this purpose, Beyond.pl launched a dedicated private cloud based on VMware technology at Data Center 1, which is connected through a private fiber optic ring network with Data Center 2. The facilities are located approximately 5 km from each other, thanks to which the data transfer time is measured in nanoseconds. Beyond.pl designed the DRC environment for the SAP system to provide replication and a short failover time. As part of the service, Beyond.pl developed emergency procedures and tests to minimize data loss risk and protect against the negative impact of core infrastructure failures. The Disaster Recovery Center enables business continuity in the event of a failure thanks to maintaining a fixed pool of IT resources in a private cloud and synchronizing corporate data. In case of an emergency, Eurofoam’s IT systems will instantly fail over from one data center to another so that Eurofoam is free to operate from the backup site as long as necessary.

As Eurofoam was satisfied with the quality and stability of the services provided by Beyond.pl, the partners extended the scope of their cooperation. In February 2020, two years after the first contract was signed, Beyond.pl expanded shared storage for the dedicated VMware cloud, due to increased demand for backup storage in the Eurofoam group and new requirements related to email system migration.

End-to-end offer from a single partner

Security and scalability for your business. Take advantage of full access to complete and advanced VMware Cloud technologies. 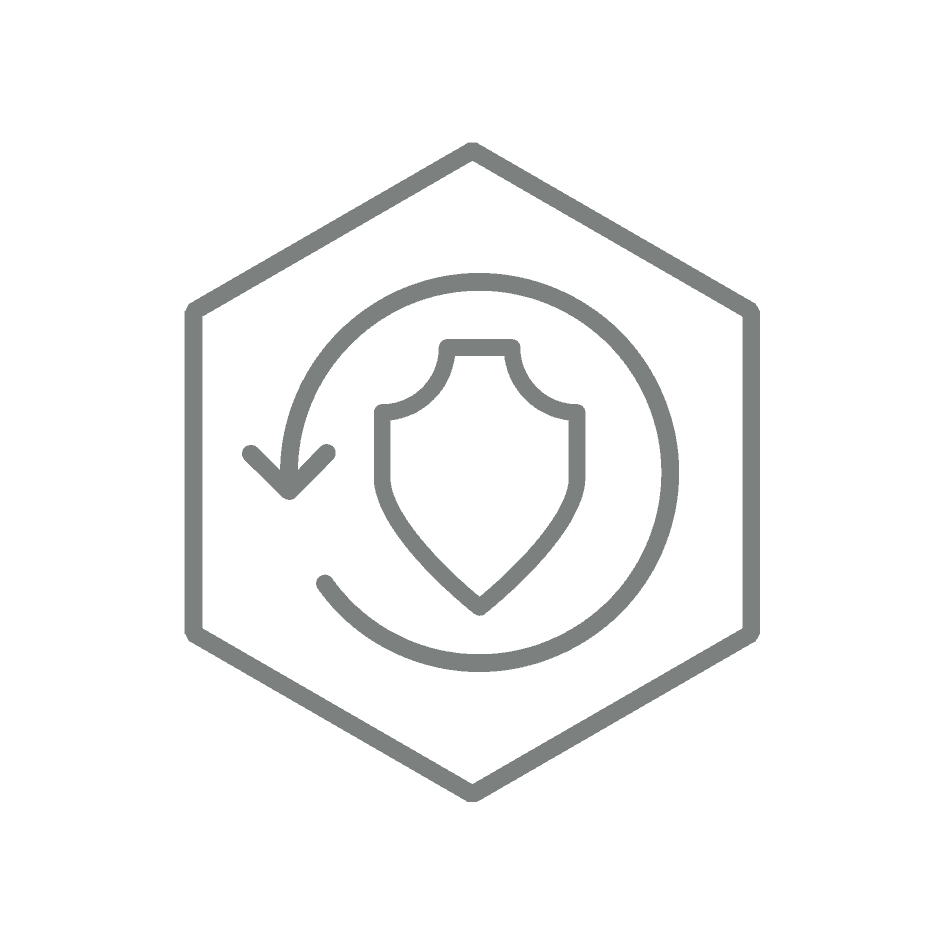 The highest security tandards for your backup infrastructure. Ensure the continuity of your business.

Autostrada Wielkopolska: A secure path to the private cloud through Beyond.pl